Not many artists have the ability to leave the limelight for such long stretches of time, and come back to the same point they left off. Paolo Nutini, however, is one of those. With almost a decade between albums, and an unannounced hiatus nestled within this time, his return earlier this year was greeted with a lot of admiration. The Scotsman’s last album, 2014’s Caustic Love, received rave reviews, and fans and critics alike were left wondering what he would do next. 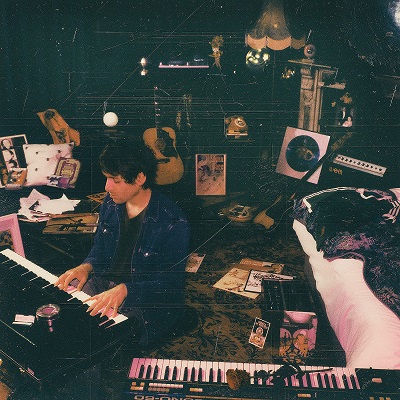 Nutini finally showed himself in the form of the double A-side Through the Echoes and Lose It, both showcasing a stripped back, and much rockier, interpretation of his sound. The songs accurately represent the sonic scale of the album, and reintroduce listeners to his gritty, soulful voice. Last Night in the Bittersweet is an album of two contrasting halves; the powerful acoustic ballads, and the biting, rocky power-pop. Each song fits snuggly into these categories, but never fails to entertain.

Opener Aftermath kicks off proceedings with strange rhythmic chanting, and atmospheric synths. Nutini’s wails, interjected with sound clips of spoken word passages, create an off-kilter, eery vibe, but one that starts the album off with a bang. Follow-up Radio is a cookie-cutter pop song, complete with stabbing brass, and lyrics about feeling lost in a crazy world, wanting to feel love. It’s moments like this on the record that feel closer to his contemporaries than his own unique sounds, but his delivery and drive help him to make the tunes his own.

The ballads come thick and fast in the last quarter of the record. Closer Writer chronicles the life of a creative, and their impact on the person they love, while Julianna swoons with the grace of his early hit Last Request. Other highlights include Stranded Words (Interlude), a beautiful folk story, told by Nutini with a much more distinctive accent, and a husk that could rival that of Sinatra, and Children of the Sun, which driving guitar lines call to mind Brit-pop anthems of the early 90s.

While the album feels slow in places, and may at first glance seem bloated, it is safe to say that fans have been waiting for Nutini’s return for years, and that this amount of new material is no surprise. It is a gratifyingly pleasant experience, one that you can get lost in from start to finish. It’s a new angle for Nutini, one that we haven’t seen before. Lyrically, it’s a more retrospective album, leaning into themes of lost love, and finding purpose. It’s easy to draw parallels from the last few years, but the soul-searching angle of many of the tunes leaves you with a sense of hope. At its core, it’s an easy listening experience – one that has been crafted for radio dominance – but Nutini’s heart is still there, on his sleeve, bleeding with meaning.