Those who think of Lizzo as a recent addition to the pop music scene would be fairly, but truly mistaken. The American artist has been releasing music since 2013, with her 2019 critically acclaimed album Cuz I Love You being her third. It is this experience that made it the full-formed, powerhouse that it was, the album earning her grammy nods and a plethora of top ten hits. Three years later, and after a number of personal struggles, Lizzo has returned with Special, reaffirming her place in the industry. 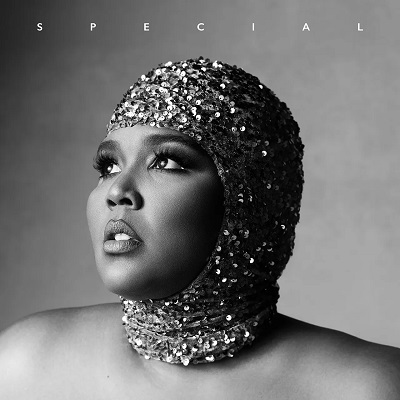 Comeback single About Damn Time has taken on a life of its own. Its second verse erupted onto TikTok as a sound-bite, and became a viral trend almost instantaneously. With Nile Rodgers-esc guitars, an infectious chorus, and solid groove, it’s easy to see why. This disco flare continues across the album in one way or another, with songs such as Everybody’s Gay and Break Up Twice having great guitar flourishes and 70s-esc synths. The former has an air of Michael Jackson in the brass sections and smooth vocal melody.

Title track Special is a lavish ode to those who have stuck with her, fans or otherwise, as well as a brief dive into some of the mental and physical struggles she has been dealing with. On it, she sings about online reactionist, and those that throw their opinions in where they’re not wanted, or needed. Musically, it’s empowering, helping to feed into her image as being a confident and hopeful figure. Lyrically, it adds deeper meaning to the rest of the album, and gives the collection of songs a solid theme of overcoming adversities, and staying true to yourself.

Songs like opener The Sign, and Grrrls layer onto this message. Although the latter takes a basic trap formula, and blasts past as more of an idea rather than a fully formed song, Lizzo still manages to serve up some great passages about being one with your best friend. The Yellow sample on closer Coldplay is as surprising as it is entertaining. It fits perfectly within the song, melodically and lyrically, and adds an air of nostalgia to a track that aims to be airy and emotional. It’s a clever use of sampling, and shows the thought that Lizzo and her producers put into the tracks.

Lizzo’s pop stylings are immediately recognisable. Self-affirming, brash confidence, and lyrics that can at times be hilariously self-aware, and at others brutally honest and soul-destroying. Special doesn’t push the boat out in terms of Lizzo’s sound, but it adds to and enhances her already vast and varied discography. From start to finish, it is an entertaining and rememberable experience, one that shows any possible naysayers that Cuz I Love You wasn’t a fluke.