Drake, who is no stranger to the hip hop, R&B and pop scene, recently decided to surprise fans with his seventh studio album, Honestly, Nevermind, boasting a healthy fourteen tracks. But this time, Drake was leaving behind his safe hip-hop style enjoyed by millions and opting for an experimental house album. 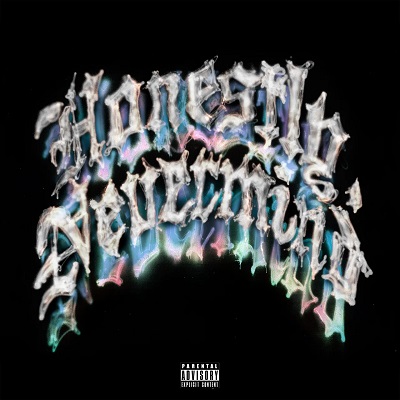 For those who are unfamiliar with house music, it is a form of electronic music that originated from the Disco music scene in 1980s Chicago with thanks to DJ and producer, Frankie Knuckles. Since then, house music has gone on to have many sub-genres and a huge club following, making it a bold choice for Drake to try and master.

Drake’s biggest collaborations on the album can be seen to be his producers who have helped shape his new sound. Although Drake still stuck by Noah ‘40’ Shebib who has produced all of his albums, he brought popular electronic music producers into the mix such as Black Coffee and Gordo. Fans of Drake will know this is not the first time that Drake and Black Coffee have worked together, having previously released the popular dancehall track Get It Together featuring Jorja Smith, from Drake’s 2017 album More Life. So based off previous work, expectations for the Honestly, Nevermind album were extremely high.

Honestly, Nevermind still features Drake’s typical melancholic lyrics, but this time they are backed by the repetitive four-on-the-floor beat, setting the house tone of the album. There’s no denying that the production on the album is great, whether it’s the gentle jazz-influenced intro, the moody kick-drum beat in Falling Back, the raw piano chords in Massive, or the Latin-inspired guitar in Tie that Binds.

But somehow all of this impressive production gets lost in Drake’s heavy use of depressing vocals, instantly killing the house essence of the album. Drake can be heard using over-exaggerated auto-tune on songs like Falling Back and A Keeper, almost giving T-Pain a run for his money. Although Drake is trying to find a new sound for his new style, the unusual pitch of his voice gives his vocals a superficial feel. His usual tender themes of love, heartbreak and sex now feel fake, repetitive and most of all boring. Then there is also the use of throw-away lyrics like ‘your pussy is calling my name’ on the track Calling My Name, lacking Drake’s normal depth. It seems if you were to separate the music from the vocals, then you would be left with some really great house tracks that could be played in DJ sets around the world.

Although, what we can praise Drake for is pushing house music into the spotlight and making the genre more easily assessable to those who haven’t listened to this style before. Honestly, Nevermind has had huge chart success, reaching number 2 on the UK Albums chart, and number 1 on the UK Dance Albums chart. As well as two of the tracks becoming trending audio on TikTok, including Jimmy Cooks which has over 477.4k videos created under the audio and Massive with 26.8k videos.

But this can also be a hard pill to swallow – a mainstream artist releasing a chart-topping house album and claiming success for a style that he hasn’t contributed anything to throughout his musical career. It feels like Drake has missed the perfect opportunity to use Honestly, Nevermind to pay homage to the old school Chicago producers who helped shape the house genre, including legends such as Marshell Jefferson, Larry Heard and Farley ‘Jackmaster’ Funk. Instead, Drake has hijacked a new genre and reaped the commercial rewards for an underwhelming ‘house’ album, whilst completely ignoring the underground culture that house music was built on.