It will feel to many like it was yesterday that George Ezra first burst on to the scene with his breakout single Budapest. However, the reality is that it is now coming up on ten years since Ezra took the UK music scene by storm with that song, and since then the Hertford born singer-songwriter has grown to become a household name throughout the country. Yes, two hit-records and almost a decade since he first graced the world with his presence, Ezra is back with his third studio album, Gold Rush Kid. 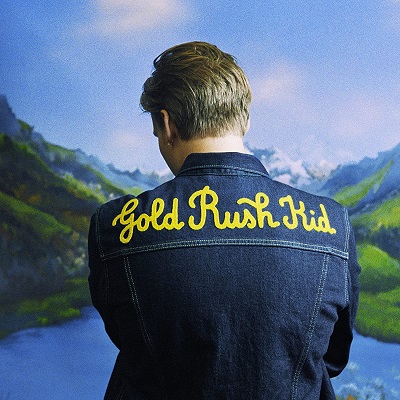 This album is exactly what we have all come to expect from Ezra, both his unmatched knack for making sounds that just scream with summertime happiness, and his more elegant song writing capabilities are commonplace on Gold Rush Kid, with Ezra on top form once again. It is this exquisite feel good sound that starts off the record, with back to back upbeat tracks in the form of lead singles Anyone For You and Green Green Grass. The record opener in particular is sure to be an anthem throughout the summer of 2022, with its joyful piano playing giving it a smiley energy in the same vein of Ezra’s last summer bop Shotgun. This is not to take away from Green Green Grass however, as this song has the most delightful of basslines, making it a groovy track that is destined for an extended time in people’s minds in its own right.

Here is not the end of the upbeat vibes that come from this album, Manila is another song readymade for summer, with Ezra’s cheerful vocals making this a standout on the album. Ezra also manages to use the happier songs on this album to explore deeper themes in beautiful fashion. In title track Gold Rush Kid the tone is positive, however Ezra sings about his feeling that he is lucky to have his success and how he has to deal with his fame. Meanwhile Dance All Over Me is another song that has potential to become a mainstay in nightlife venues everywhere, yet its lyrics touch on issues of being exploited by those you are too nice to.

It is clear that Ezra knows the kind of songs people love from him, and he is not shy to release more of these chart-orientated tracks on this album. Whilst it is these lead singles and feel good tunes that will gain much of the mainstream’s attention, it is the more lowkey, deeper songs on this album that really separate it from all of Ezra’s other music and show that he is a supremely talented songwriter to say the least. There are many instances on the record whereby this style of music is present, with Ezra here able to dive deeper into personal issues such as love and mental health. In The Morning, Sweetest Human Being Alive and Love Somebody Else are all examples of this, but it is I Went Hunting that steals the biscuit as the most impactful record on the album. On this track Ezra is able to show exactly what is he made of by bringing the tempo down and softly taking listeners on an emotional journey. He details his struggle of dealing with his own mind whilst going through life, diving into how self-destructive the human brain can be. The repeated line of “Imagine having a thought and thinking it again” is just one moment of many that make this track in particular so moving.

Growth is key in the musical career of an artist, and here Ezra exhibits that he has indeed grown tremendously, by showcasing some of his best song writing to date. Whilst he is able to expertly craft songs that become the soundtrack of the summer for so many people, he is also able to bring a tear to the eyes of so many, with some beautifully tragic songs that cement him as one of the top singer-songwriters in the world.