There is a special place in the hearts of Brits everywhere for the TV talent shows that were such a pivotal part of our Saturday night’s not so long ago. From The Voice to the X Factor, these shows are slowly starting to fade in their mainstream relevancy, as platforms such as TikTok become a more prevalent place for discovering new pop stars. However, the success stories from these shows tend to have a certain sound to their music that holds a nostalgic place in all of our hearts. This is the case on Bridges, the second studio album from Britain Got Talent’s 2015 breakout star Calum Scott. 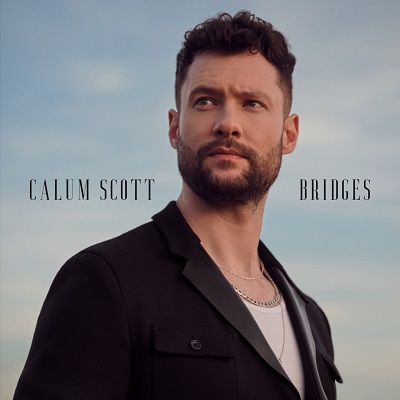 This record is a beautiful assortment of love songs that generally fit into one of two different styles. Much of the music on the album is piano and/or acoustic based, with songs such as Half a Man and the title track Bridges both being great examples of these more drawn back, softer ballads. Scott also excels in creating tracks that have a bit of more of an upbeat tempo to them as well. Tracks like I’ll be There, and Rise are two great examples of Scott keeping his lyrics and vocals focused on an emotional track, but letting the accompanying music get a bit groovier, keeping the album from being too dull and repetitive.

Bridges benefits highly from the success of the singles on the record. All four were released in the run-up to the album’s release, and they all do their job perfectly, by being songs tailor-made for pop radio stations everywhere. The record’s lead single and opening track Biblical is perhaps the standout of them all, with Scott here delivering his signature powerful vocals on a tune destined for much mainstream success. This album is also blessed with the presence of Scott’s cover of Greg Holden’s Boys in the Street, an insightful and tearjerking song that sings of the struggles of growing up homosexual. Scott’s outstanding vocal performance here takes the track to another level, and its release during Pride Month also feels wholesomely fitting.

It is safe to say that Calum Scott has not lost the magic that helped him capture the hearts of the masses back in 2015, as Bridges is a splendidly heart-warming series of tunes that show off his ever sensational singing voice, as well as his growing talents as a songwriter. Scott has really found his own niche in the musical market now, with him really being the only male singer of note that is singing songs in this particular style, a style which shows a newfound maturity to Scott, showing he may be more of a mainstay in the music scene than many would have thought.