Dance music extraordinaire Gregor Tresher has been a driving force on the club circuit for the best past of the last decade.

Providing dance floors around the globe with some of the most well crafted and influential floor fillers the DJ and producer has recently unleashed his latest work in the form of his new album Lights From The Inside and Brendon got to catch up with Gregor to discuss the new album, influences and what makes the DJ tick. Here’s what he had to say:

Brendon Veevers: How are you?

BV: Where does this Q&A find you today?

GT: At my studio, working on my live set for the upcoming tour.

BV: For those who may have been living under a rock and be unaware of who you are, can you tell us 3 integral facts about you?

GT: I have been a DJ for quite some time. I started to write my own music in the late nineties, first releases were out at the beginning of the new century.

BV: Your currently promoting your latest album, Lights From The Inside. Can you tell us about the record?

GT: It is my third full length album, features 12 brand new tracks. It´s basically a Techno album but I focused on melodies a bit more again, more than I have in the last two years. It kind of connects to my earlier works, but with an updated sound of course and the tracks are a bit slower in general.

BV: What do you see as being the key moment or the highlight of the record?

GT: I guess I would pick Leaving as the most important track for me, so that would be my personal highlight.

BV: Through The Shadow Glass and Leaving for us are notable numbers on the record. Can you tell us a little about these tracks?

GT: Those two along with the title track are the main tracks of the album. All three belong together somehow, even though the atmosphere of each of them is different to me. While Through the Shadow Glass is more mysterious and dark, Leaving is very emotional and also a bit melancholic. Lights From The Inside kind of combines both Darkness and Light, and that´s what the title and concept of the album is about.

BV: What do you believe makes a great dance track?

BV: When was it that you decided to be a DJ and was it a natural progression for you to become a recording artist?

GT: I wanted to be a DJ shortly after I started to go to clubs in Frankfurt in the early nineties, inspired by the energy of Techno at the time. And yes, it was kind of a natural progression that I wanted to work on my own music soon.

BV: What advice would you give to someone that was looking to become a mainstream DJ?

GT: If becoming a DJ is what you really want, don´t do it half-hearted, but with all your energy, you have to focus on it. You also have to be patient, it will take time.

BV: Who are you main influences?

GT: Depeche Mode, The Cure, Laurent Garnier, Underworld, all the music I´m listening to everyday, but I´m also influenced by my everyday life of course. Traveling and touring has a big impact on my music. I think it´s good to go to clubs and listen to a lot of new music to find inspiration.

BV: As well as being a prolific DJ you also produce. If given the opportunity, what artists would you most like to work your magic on?

GT: I would love to do a remix for Depeche Mode once as I have been a fan of the band since I was a kid..

BV: Do you have any performances planned for the UK?

GT: Ministry Of Sound London in August, and Manchester in October.

GT: Tour kicks off next Wednesday in Munich, looking forward to it. 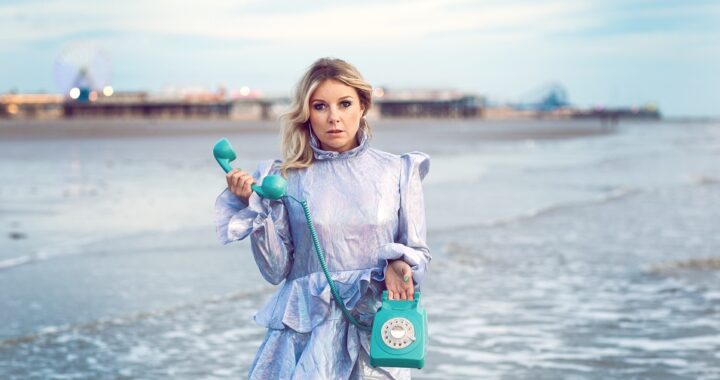