Today, 3x GRAMMY® Award-winning, RIAA multi-platinum certified artist Lizzo has announced the European leg of The Special Tour, kicking off February 17, 2023 in Oslo, Norway at Spektrum before concluding in the U.K. Coming off her recent win for ‘Video for Good Award’ at the 2022 VMA’s for About Damn Time, along with the same track reaching number one on the Billboard Hot 100 Chart and the top 10 in 12 other countries, she will be hitting 15 European cities including Glasgow, Birmingham, Manchester, and London, following her North American leg this fall. Her most recent album Special peaked at number 2 on the US Billboard 200 chart, becoming the highest-charting album by a female artist in 2022, while its release week also became the largest week earned among all albums released by a woman this year.

Produced by Live Nation, the 15-date European leg of the tour continues on through Copenhagen, Amsterdam, Paris, Milan and more before wrapping up at O2 Arena in London, UK on March 15 2023. Full routing is available below, along with North American dates. Public on sale for the European dates will begin Friday, October 7th at 12pm local time via lizzomusic.com & LiveNation.co.uk

Singer Songwritter, Joy Crookes will support Lizzo on the U.K. leg of The Special Tour. The three-time BRIT nominated rising star has fast cemented herself as an important, influential voice in British music, as well as one of the U.K.’s most exciting new talents. Her unique approach to storytelling within her songs, partnered with her infectious charisma has seen her become a treasured and trusted new voice. Joy uses her creativity as a tool to understand her own identity, her place in the world and her relationships within it. 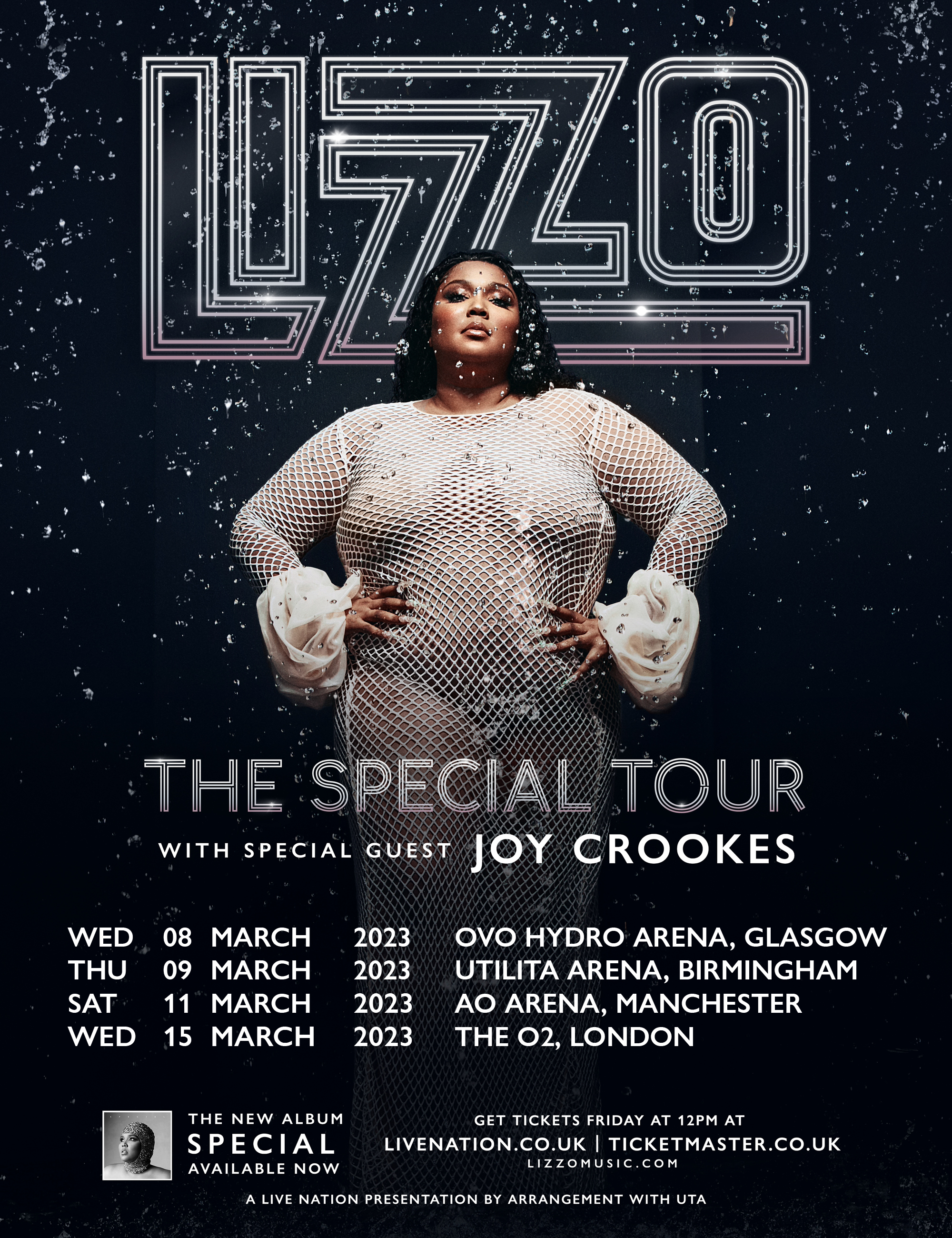