The most successful British female group of the 21st century are back! Following their massive return and epic performance at Mighty Hoopla this month, Sugababes have announced a seventeen date U.K. wide tour. The chart-topping, multi-platinum iconic London trio, Siobhan Donaghy, Mutya Buena and Keisha Buchanan will be hitting the road later this year for performances throughout the U.K. kicking off in Bristol on Sunday 16th October. Tickets go on general sale Friday 1st July at 10am via LiveNation.co.uk

Over twenty years after their debut album One Touch and the breakout critically acclaimed single, Overload, the era-defying trio are still one of the biggest selling British girl groups of all time, with six Number One singles, millions of global sales and multiple multi-platinum albums. Even today, One Touch remains a blueprint for genre-hopping mainstream music and a byword for effortlessly stylish British pop

The Sugababes on the announcement: “We’re so excited to come full circle and announce our own headline UK tour. We’ll be hitting the road in October and November – can’t wait to see you all there”

Building on the momentum of their Mighty Hoopla performance this month, Sugababes will be returning back to pop domination embarking on the seventeen-date U.K tour and performing a set at Glastonbury on Friday 24th June on the Avalon Stage performing hits such as Overload, Run For Cover, Round Round and more fan favourites back to life. 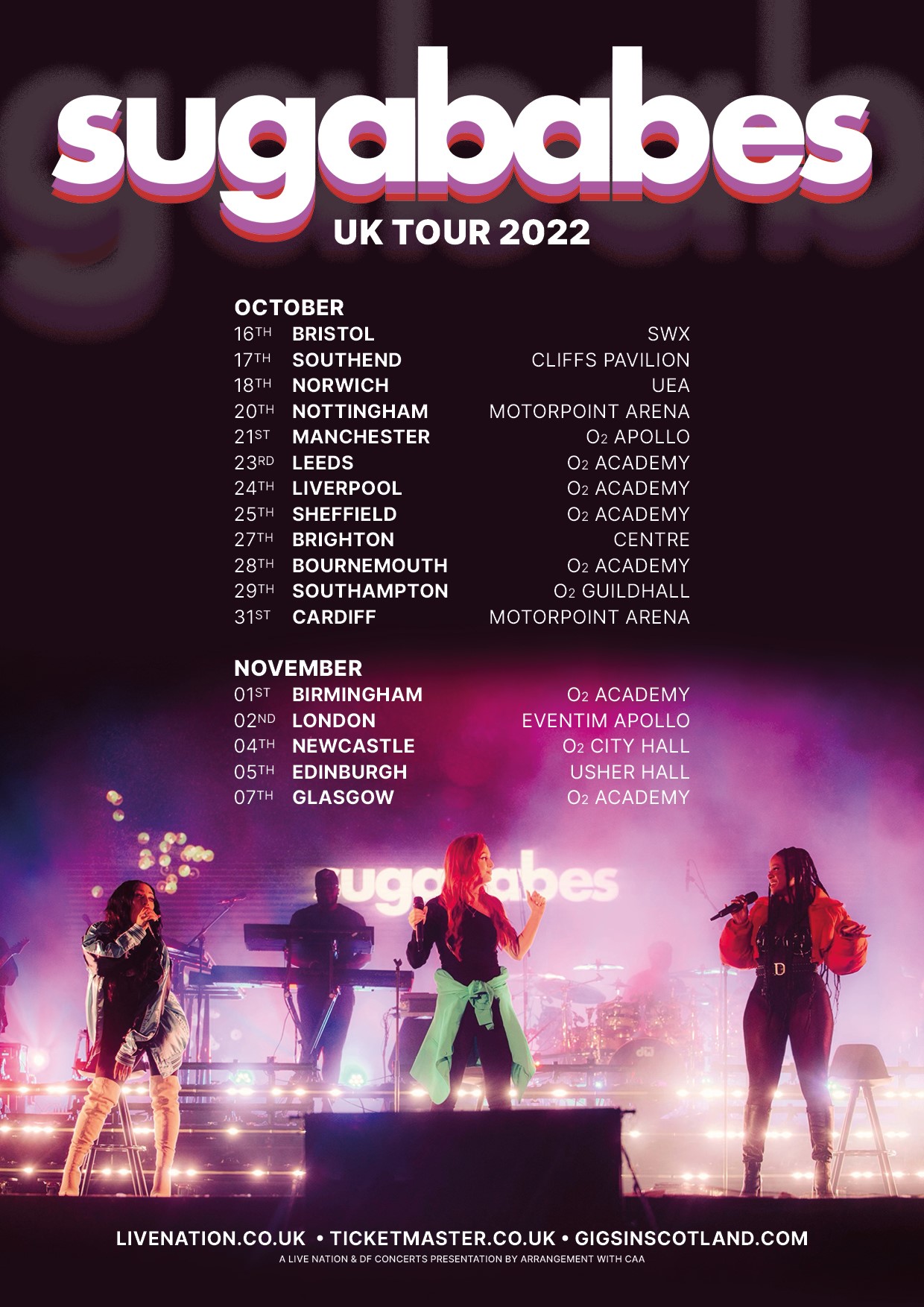