Having sold over 100 million records worldwide, Guns N’ Roses are one of the biggest selling acts in history. With two No.1 albums and four Top 5 albums on the Billboard charts, the band were inducted into the Rock N Roll Hall of Fame in 2012 and are AMA, Billboard and MTV Award winners.

Their debut record, 1987’s critically acclaimed Appetite For Destruction, became the best-selling debut album of all time in the US, featuring Top 10 singles ‘Welcome to the Jungle’, ‘Paradise City’, and No.1 iconic track ‘Sweet Child o’ Mine’. Bringing those colossal hits and the energy of 100 bands at once in their epic live shows, Guns N’ Roses are currently touring in Australia before heading to London for American Express presents BST Hyde Park.

American Express® Cardmembers can take advantage of the first presale from 10am GMT on Friday 2 December to 9am GMT on Wednesday 7 December.

Tickets will go on general sale at 10am GMT on Wednesday 7 December. 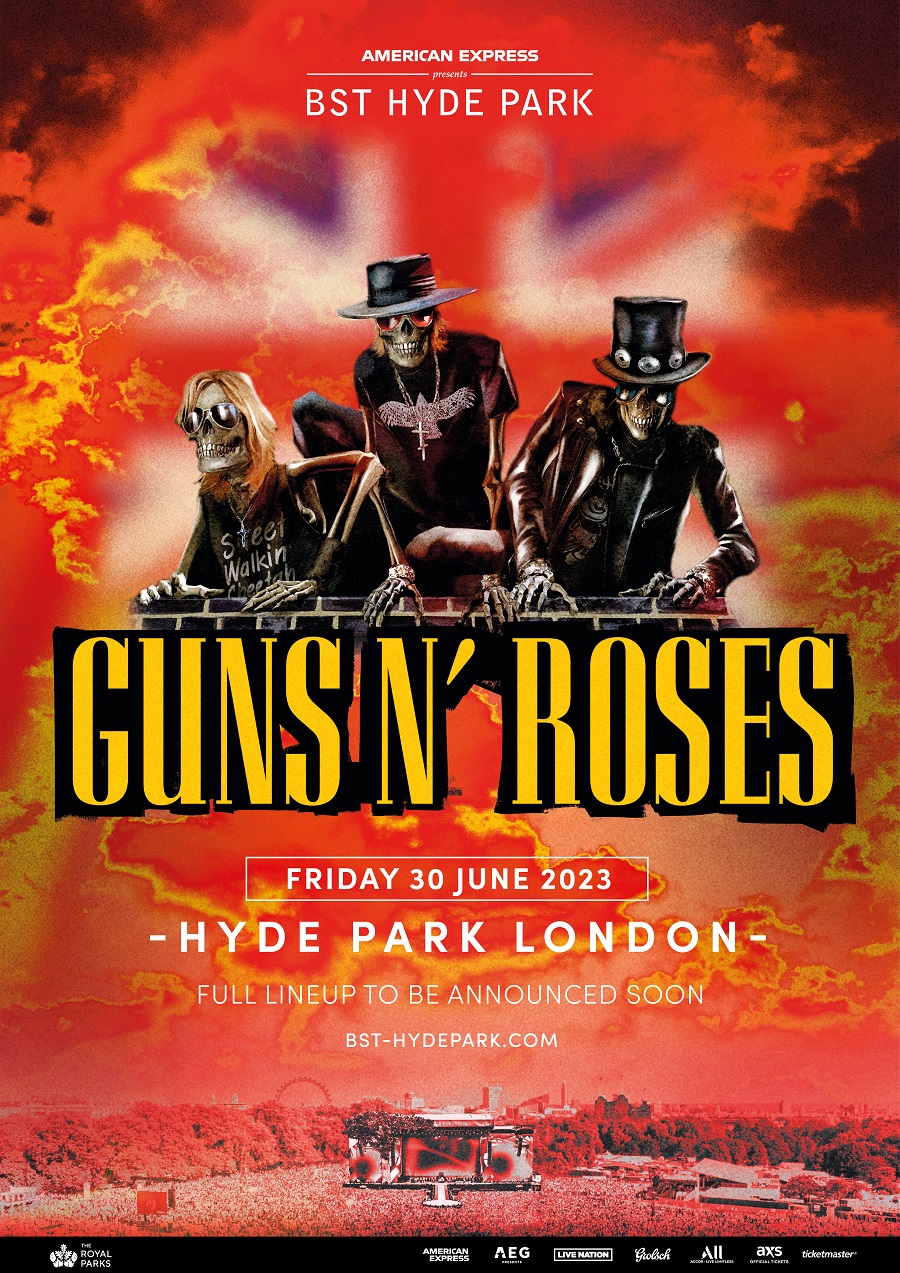