Off the back of their sensational return as headliners to this year’s Download festival last weekend, Biffy Clyro reveal details of their next full-scale UK & Ireland arena tour in November 2022, with special guests Architects in support at every show. The first stop of the tour will be in Leeds at the First Direct Arena on the 5th of November, followed swiftly by shows throughout the rest of November in their hometown city of Glasgow at the OVO Hydro before hitting the road once more to play various arenas across the country including Resorts World Arena Birmingham and London’s The O2 on Saturday 12th of November.

The tour announcement comes in the wake of glowing reviews from their incredible performance at Download Festival. Their second time topping the bill at Donnington, they once again proved themselves as top tier headliners filling their set with material from 2020’s ‘A Celebration Of Endings’, 2021’s ‘The Myth Of The Happily Ever After’ and a host of huge tracks from their extensive catalogue. This tour will undoubtedly demonstrate to fans once more how Biffy Clyro’s reputation as one of Britain’s best live acts remains steadfast, Kerrang! concluding “nobody does it better than Biffy Clyro” following the band’s 2021 headline set at Reading Festival.

General on-sale tickets are available from 9am on Friday 24th June at https://www.livenation.co.uk. 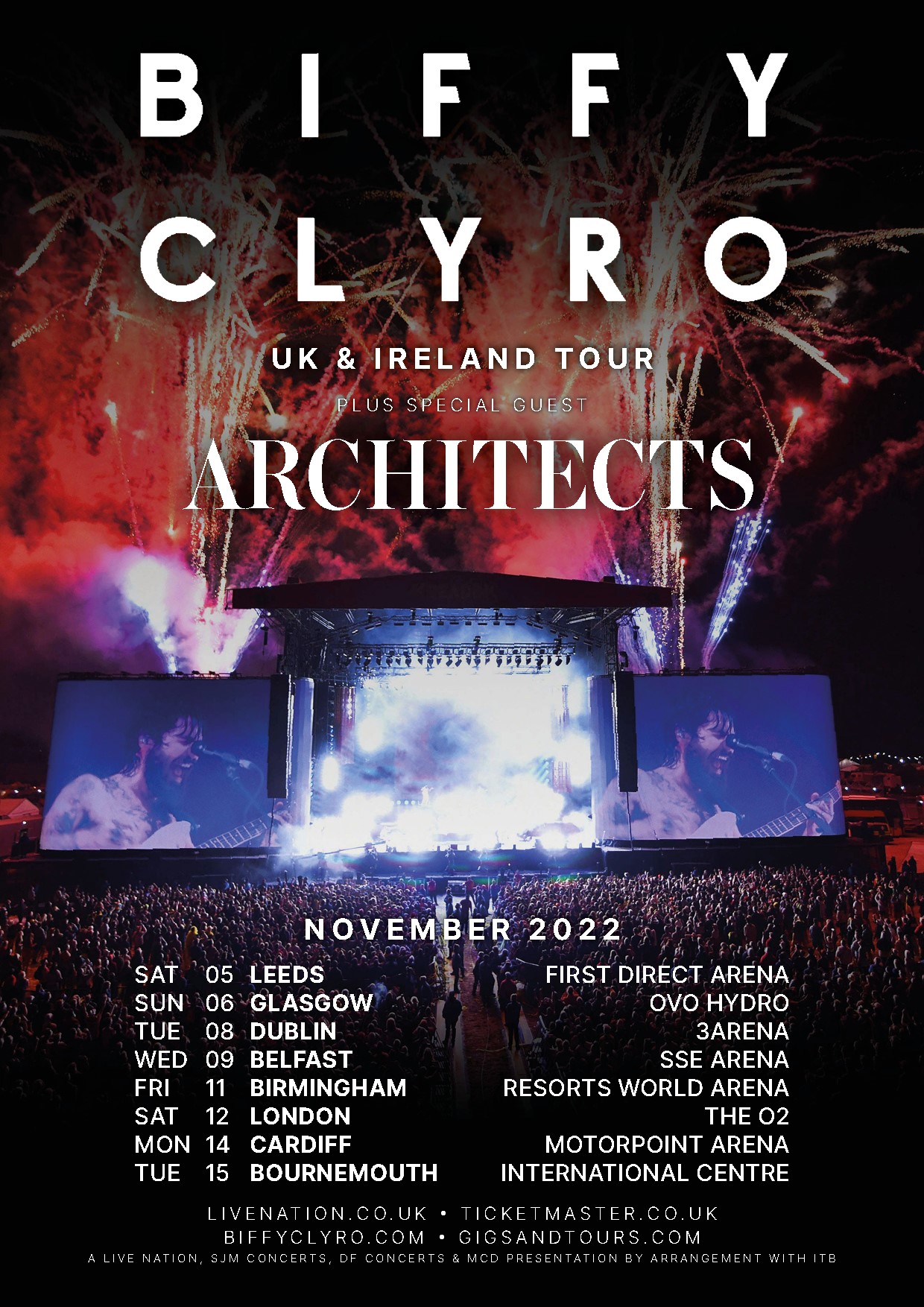