When you think of Alanis Morissette, you are no doubt automatically transported to the 1990s when the female singer-songwriter movement was thriving. Back then, no one could have predicted that out of nowhere, a 21-year-old Canadian singer would explode onto the music scene with as much originality and intensity as Morissette, a musician unlike any other at the time.

Combining a mixture of angst, melancholia and vulnerability, a new generation of musician was born, and from there numerous female singer-songwriters emerged, attempting to replicate Morissette’s success. Not many came close to the musician, who found herself thrown into the depths of global superstardom and who has, over the years, seen her international debut album Jagged Little Pill become one of the highest-selling records of all time.

Though she has not been able to match the same success of that international debut, she has continued to win over both critics and fans in the fickle world of pop music for close to two decades. Her latest album, Havoc and Bright Lights, was released in September, showcasing Morissette back in her commercial and radio-friendly form.

On September 24th San Diego welcomed the singer as she took to the stage at Humphrey’s Concerts by the bay to perform a collection of tracks from the new album as well as classics, which span her impressive 17-year career.

The setting could not have been more perfect for Morissette. Located in close proximity to the waves of the bay with a view of the city skyline, it’s a stunning venue, ideal for any outdoor music aficionado. Holding a mere 1,400 people, it is a very intimate performance space outlined with palm trees.

With the lights dimming at around 8:30 p.m. the show was ushered in with an intro of Morissette’s I Remain (Part 1) from the Prince of Persia – Sands of Time soundtrack, before the singer was met with rapturous applause as she lept onstage to perform Woman Down, a new track from her latest album.

With Havoc and Bright Lights so fresh on the shelves, a number of tracks from the record were offered including the album’s opener, Guardian, another fine example of where the singer’s sound currently resides. The bass-heavy Celebrity, which provided a lyrically and musically dark addition to the set, and the stunning piano-lead Havoc, a gorgeous ballad, offered the cream filling to the evening’s offering of new material.

No Morissette concert would be complete without the hits, and they were out in full force that night with each of Morissette’s records receiving a nod, excluding 2008’s Flavors of Entanglement.

Each of the singer’s signature tracks was performed with stunning execution. Somewhat unsurprisingly, Jagged Little Pill received the most exposure, with tracks All I Really Want, Head Over Feet, You Learn, Perfect, Right Through You, You Outta Know and Ironic met with a deafening applause.

A notable moment within the classics came when the singer reworked the lyrics of Ironic as a shout-out to her large and very present LGBT following, performing the songs closing metaphor as: “It’s meeting the man of my dreams and then meeting his beautiful husband.” The singer also performed an intimate unplugged-style first encore, which included the iconic Hand In My Pocket – a clear standout segment of the evening – before a final grandeur second encore of Uninvited and Thank You.

Though the singer’s vocals sounded slightly weaker on tracks Hands Clean, due to the intense guitar work and quick delivered lyrics, it was more than made up for with her energetic performance and musicianship throughout the night.

Whether Morissette was pacing the stage with her distinctive quirkiness while tearing through hit after hit, showing off her trademark and un-weathered vocal inflections, or showing her playful side with onstage antics alongside her talented five-piece band, the evening showcased Morissette as the reigning queen of singer-songwriters.

Never an artist to overindulge in the easy way out method of over-produced pop pennings, Morissette provided a fantastic evening of timeless classics. 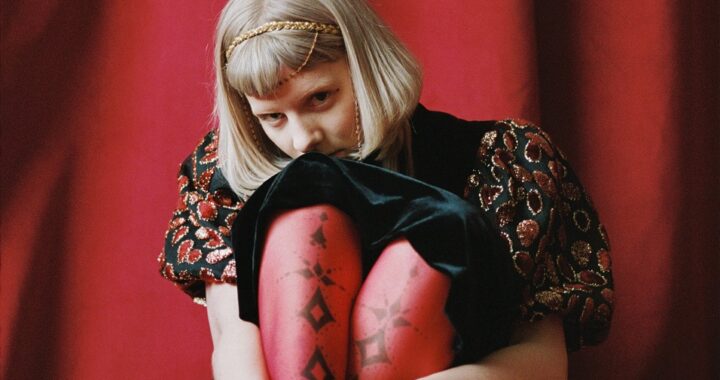